"All Time Low" rapper Jon Bellion is bringing his Glory Sound Prep Tour to Meadow Brook Amphitheatre on Tuesday 30th July 2019! The tour promotes his album of the same name, released last November, and if his past stints on the road are anything to go by (Bellion opened for Twenty One Pilots on their 2017 Emotional Roadshow World Tour and sold out all three legs of his own The Human Condition Tour), it's going to be huge! Expect dramatic visuals and epic performances from the hip hop sensation! 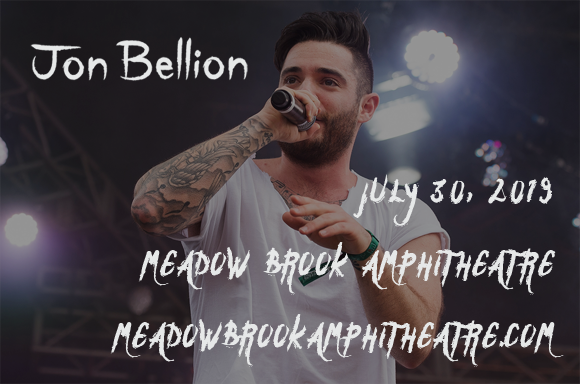 Best known for his 2016 single "All Time Low," which reached number 16 on the US Billboard Hot 100 and was certified double-platinum in the US and Australia, New York-based rapper, singer, songwriter and record producer Jon Bellion first came to public attention in 2011 with his self-released debut mixtape, Scattered Thoughts Vol. 1. The following year, Bellion was picked up by Visionary Music Group and he co-wrote "The Monster" by Eminem featuring Rihanna, which went on to win the 2015 Grammy Award for Best Rap/Sung Collaboration, as well as the song "Trumpets" by Jason Derulo, which he also co-produced. He released several mixtapes over the next few years, and in 2016 he released his debut studio album, The Human Condition, which debuted at number five on the US Billboard 200 and launched "All Time Low", as well as several other singles. His follow-up album, Glory Sound Prep, was released in 2018 and launched the single "Conversations With My Wife", among others.