Alternative and Southern rock fans, pay attention! Needtobreathe are headed across the US in 2018 with the “Forever On Your Side,” tour, with special support from Johnnyswim & Billy Raffoul! Thereʼs so much anticipation brewing at Meadow Brook Amphitheatre for this awesome show on Tuesday 14th August 2018!! Get your tickets quickly while they last!! 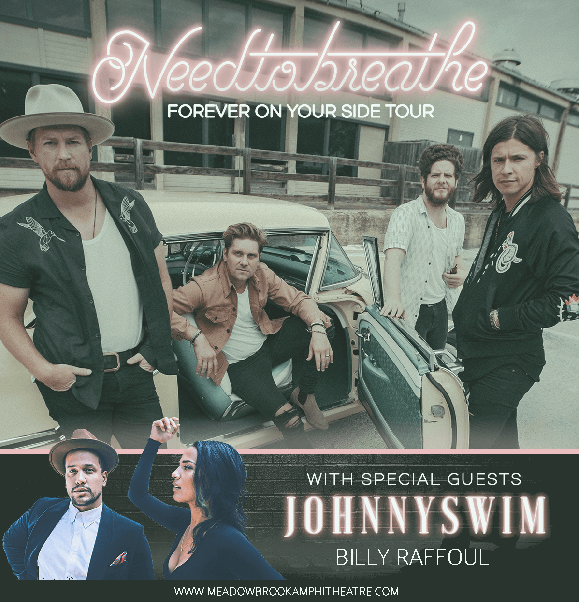 Currently consisting of brothers Bear and Bo Rinehart with Seth Bolt and Josh Lovelace, Needtobreathe released their first album, “Daylight,” in 2006 to huge critical acclaim. Since then, they’ve delighted audiences around the world with one amazing record after another. Needtobreathe are now touring in the wake of their latest single “Bullets,” with promises of more material to come soon with the release of “Forever On Your Side (Niles City Sound Sessions).”
Get ready to hear some all new songs and listen to the latest single below if you haven’t done so already – and be quick about getting those tickets!