Are you ready for three country LEGENDS? That’s right, it’s Lucinda Williams, Steve Earle and The Dukes AND Dwight Yoakam, performing live at theMeadow Brook Amphitheatre on Friday 17th August 2018! Here’s your chance to be in the crowd! Three incredible artists, one fantastic show – get your tickets for the LSD tour NOW before they disappear!! 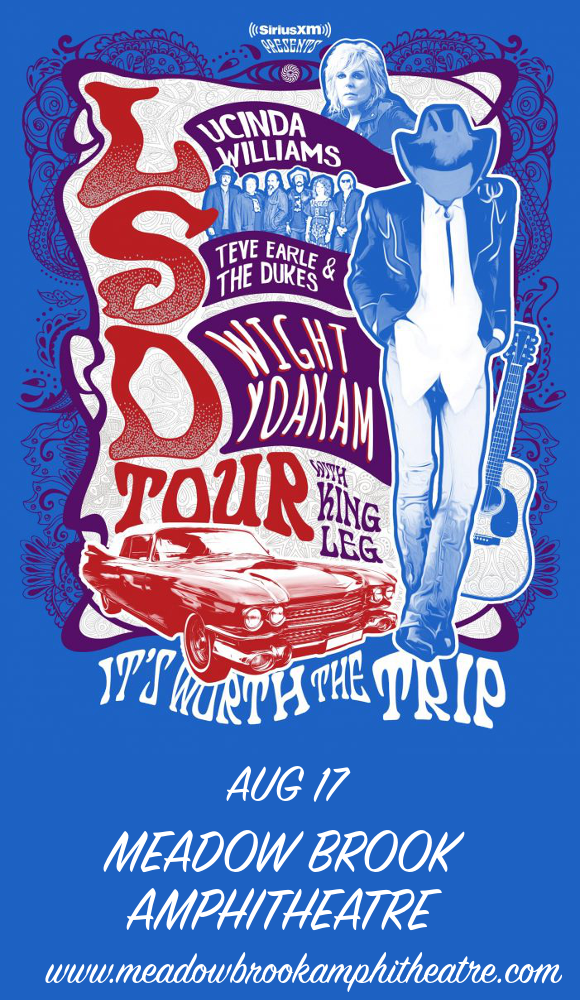 Lucinda Williams has just re-released her classic hit “Sweet Old World,” and Steve Earle is celebrating “Copperfield Road”’s 30th anniversary. Dwight Yoakam is touring with an all-new album, and the exciting news of his starting a SiriusXM satellite radio channel!

With 49 Grammy awards between the 3 artists collectively and countless critically acclaimed albums, it goes without saying that this show will be a truly special, once-in-a-lifetime experience. Don’t miss out – have you got those tickets yet??